“You know when a song is good enough to let go,” muses Seamus Fogarty of his patient and meticulous approach to songcraft. Over time and tide it’s given rise to the London-based Irish alt-folk and electronica alchemist’s truly magnificent second album and Domino debut The Curious Hand. A record not born of grand ideas realised at a stroke, but eked out slowly and steadily, honed and cultivated, turned over and around, deconstructed and put back together again. A record made through open-spirited collaboration with friends and family and hours lost in a headphone world. All that and Seamus’s natural inclination to take his songs and “screw them up,” as he puts it. By which he means squirreling them back to his home studio and applying the synthesiser drones and circuit burps, found sounds and spoken-word audio samples that give all of his records such wonderful atmosphere. It’s as if they’re haunted by rogue half-tuned signals from another world. 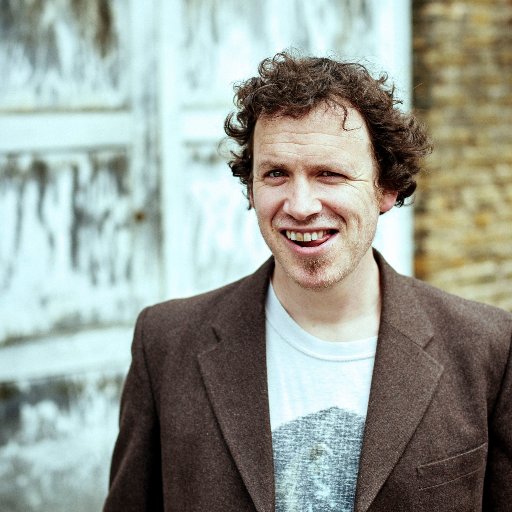 “Screwing up” his songs, in the best possible sense, is a recurring theme throughout Seamus’s slim but nigh-on flawless catalogue. The first installment was his ghostly debut album God Damn You Mountain, originally released on Fence Records in 2012 and later re-released in expanded form on Lost Map Records in 2014. An auspicious introduction to his unique idiom, it gave acoustic guitar, banjo, fiddle and bouzouki new context among Steve Reich-like lo-fi electronic pulses and gurgles and all sorts of found-sound miscellanea from the breaking of eggs to snippets of random conversations (“an intriguingly uneasy handshake between the ancient and the modern” as I wrote of it at the time). From there, also via Lost Map, followed what now represents a kind of bridge between Seamus’s two longplayers, the haunting Ducks and Drakes EP. A repurposed passage of Ducks and Drakes – from the shape-shifting track A Mile Beneath The Broken Heart of London Town – even carries over to The Curious Hand in the shape of the melancholy Seems Wherever.

The Curious Hand’s 11 tracks are the most thematically and sonically immersive music Seamus has made to date. It’s clear from the first droning strains of opener Short Ballad for a Long Man, a lament for the skeleton of a 250 year old giant Irishman Charles Byrne displayed in The Hunterian Museum in London (“it’s free in and in its own quite strange way, recommended,” comments Seamus). As he’s paraded for gawping audiences’ pleasure from “Canary Wharf to Skibereen, Timbuktu and back again”, he can’t help but sound like someone a travelling giant Irishman singer-songwriter might feel a certain empathy with. It’s clearer still throughout Carlow Town, a folk-blues number recounting with Homerian flourish a night spent sleeping in a church and waking up during mass, rewired with a squelching electronic beat, dirty analogue bassline and various synthesiser wheezes, hisses and slithers, vocal glitches and other sounds from Seamus’s sandbox of strange noises. Or in Van Gogh’s Ear, a plaintively gentle masterpiece splicing together philosophical musings on a niggling ear infection with a tumble of sorrowful ruminations on the tragic loss of a close friend – multi-instrumentalist Vince Sipprell, a player with Hot Chip, New Order, Elbow and his own project Geese among others, whose suicide in 2015 shocked the music community in London and beyond. As a softly motorik bassline and swooping and cascading strings carry the narrator forth on a journey through the landscape of his troubled mind, it’s as if each new line of lyrics – sung in Seamus’s softly rasping west coast Irish burr – is vying to outdo the last.

Like most songs on The Curious Hand, Van Gogh’s Ear started life as a simple set of words and chords, before being built up layer upon layer. It’s one of a number of songs on the album that was recorded in Seamus’s home studio, its graceful wordless vocal hook originated from an improvised violin part by multi-instrumentalist Emma Smith, whose harmonies and playing on bass, violin, viola, cello, clarinet, Hammond organ and Fender Rhodes are a cornerstone of The Curious Hand. Alongside these homemade recordings, many of the songs on the record were laid down live as a trio featuring Aram Zarikian on drums and Emma on bass, over four days last Easter at Big Jelly in Ramsgate, a small church transformed into a studio, where sessions were helmed by co-producer and engineer Leo Abrahams (Wild Beasts / Regina Spektor / Frightened Rabbit et al).

Where the counties of Kerry and Seamus’s native Mayo were very much the setting for God Damn You Mountain – a backdrop so authentically rural Irish that one reviewer amusingly noted “you can almost smell the cowshit off it” – London firmly provides the canvas for The Curious Hand. It’s there in the starkly heartbroken Seems Wherever, written from the perspective of the tube system and the deep well of the city’s troubled soul, and in the stoney-faced rush hour commuters in Van Gogh’s Ear, pouring onto train carriages “bound for Egham or Whimple or West Ham”. “I seem to mention trains and buses a lot on this album,” Seamus notes, “I guess that idea of travel and moving on is a big one”.

But The Curious Hand also reaches back to Seamus’s homeland and past in charmingly simple and direct ways. For instance, one of the men sampled talking in the title track is Seamus’s former Mayo neighbour – recorded for another project 10 years ago, he also featured on the Ducks and Drakes EP (“I went round to his house a few weeks ago when I was back in Ireland and played him the song and he was very impressed”). Or on Tommy the Cat, when a skeletal instrumental becomes a bed for a recording of a shouting competition in the West of Ireland (yes, this is an actual thing). Establishing his own unique slant on the folk singer’s role as collector and custodian of stories, traditions and cultural curio, Seamus lifts sounds wholesale from his environment and tucks them into the folds of his songs like keepsakes, rendering himself at once artist and archivist.

Where previous releases were, says Seamus, “97% me fucking about with the tunes,” The Curious Hand throws its arms wide open to all kinds of external input. The aforementioned Aram Zarikian and Emma Smith were key. A hugely respected player with everyone from James Yorkston to Jon Hopkins, Meilyr Jones and Bonobo, and a bandmate of the late Vince Sipprell in Geese, Smith’s violin playing in particular has to rate as some of the finest and most fluent of her career, and is a standout quality of the whole album. As well as co-producing and engineering sessions at Big Jelly, Leo Abrahams also added electric guitar, piano and vocals, and ultimately mixed most of the record. Former Lost Map label mate Rozi Plain provides the soft backing hums on Carlow Town, while Domino label mate James Yorkston gifted Seamus the set of chords which form the basis of Short Ballad For A Long Man. Seamus’s brother John Fogarty even made a dedicated trip over from Ireland to Ramsgate for a day in the studio, to throw some accordion and backing vocals on a few songs, not least the title track, the woozy instrumental passages of which makes for a reflective reverie at the album’s half-way stage.

For all the talented players who generously lavished their time and inspiration on The Curious Hand, there will always be a vacant space somewhere close to its heart. “He’d have been all over it,” remarks Seamus without hesitation when I ask if Vince would have featured at all on the record were he still with us today. “These are the moments he lived for,” he adds, with a sigh. Instead one of the wonderful lines in Van Gogh’s Ear, perhaps the most memorable of the lot, seems to speak to Vince’s memory and tragedy by proffering gentle reassurance that we don’t all have to be at the top of our game all of the time. “It’s alright to be just alright / and it’s okay to feel just fine,” sings Seamus, “because love will cure most anything / but it don’t work all the time”.

The Curious Hand elevates Seamus Fogarty into a whole new bracket of artists doing fascinatingly skewed and modern and heartfelt things with roots-influenced and electronic music. He’s an evocative and thoughtful lyricist and melodicist and inquisitive sonic explorer for fans of all from Alasdair Roberts, Bill Callahan, James Yorkston and Will Oldham to Jon Hopkins and Kieran Hebden. All the proof needed is in the unabashed romanticism of Heels Over Head, the jazz-tronic ear-candy of St John’s Square, the sighing ambience of The Curious Hand and the noirish skittering rumble of Mexico. Capping it all is the old man of the bunch, Number One, The Curious Hand’s unashamed singalong moment and the record’s longest-gestating track, dating all the way back to 2008. Like a wizened veteran songwriter at the bar waiting until the end to grumble about hearing his one true hit pilfered by a young upstart, it proffers a metaphorical caution to never let a good thing slip through your fingers. “I had a number one years and years ago / but someone stole my song, I heard it on the radio”. Taking its own good advice, The Curious Hand realises every bit of its vast potential and more.

Seamus Fogarty grew up in Co Mayo in the west of Ireland and spent his early years writing songs about mountains that steal t-shirts, women who look like dinosaurs and various other unfortunate incidents. Now based in London, he released his debut album God Damn You Mountain on revered Scottish indie label Fence Records on 2012.  Hailed by the Irish Times as ‘one of the best Irish albums of recent years’, it was critically acclaimed on its release, leading to a slot on the main stage of The Green Man festival in Wales and extensive UK tours with the likes of James Yorkston, Pictish Trail and Malcolm Middleton (Arab Strap) and a massive solo tour around Europe.  Closer to home (Ireland), he has played with King Creosote & Jon Hopkins in Dublin’s Vicar Street, performed at The Electric Picnic,  Castlepolooza and Kilkenny Arts festivals and recorded live sessions for Dave Fanning and RTE 1’s The Works.Built upon a deeply personal foundation of soul-stirring alt-folk, country, blues and electronica, his music has also garnered much praise from the BBC where it has featured heavily across both Radio 3 and BBC 6 Music

.  More recently his unique approach to storytelling and sound design found an unlikely home in The Metropolitan Museum of Art in New York as part of a collaboration with experimental opera company Erratica on the installation opera ‘La Celestina’ ( in fact his role was to take a 70 page written score and turn it into a virtual feast for the ears, which he did over the course of 8 months) .  Here’s a review from the Wall Street Journal for the disbelievers amongst you.

Other recent highlights include his remix of the James Yorkston track Kath With Rhodes being released on Domino Records, getting a haircut, going on a short holiday and designing a nice t-shirt.

“Startlingly good debut album….a record that nestles beautifully at the point where the digital and analogue worlds collide”
The Skinny *****

Any inquiries for a full press release should be directed to info@seamusfogarty.com

Incidentally, this is where I grew up 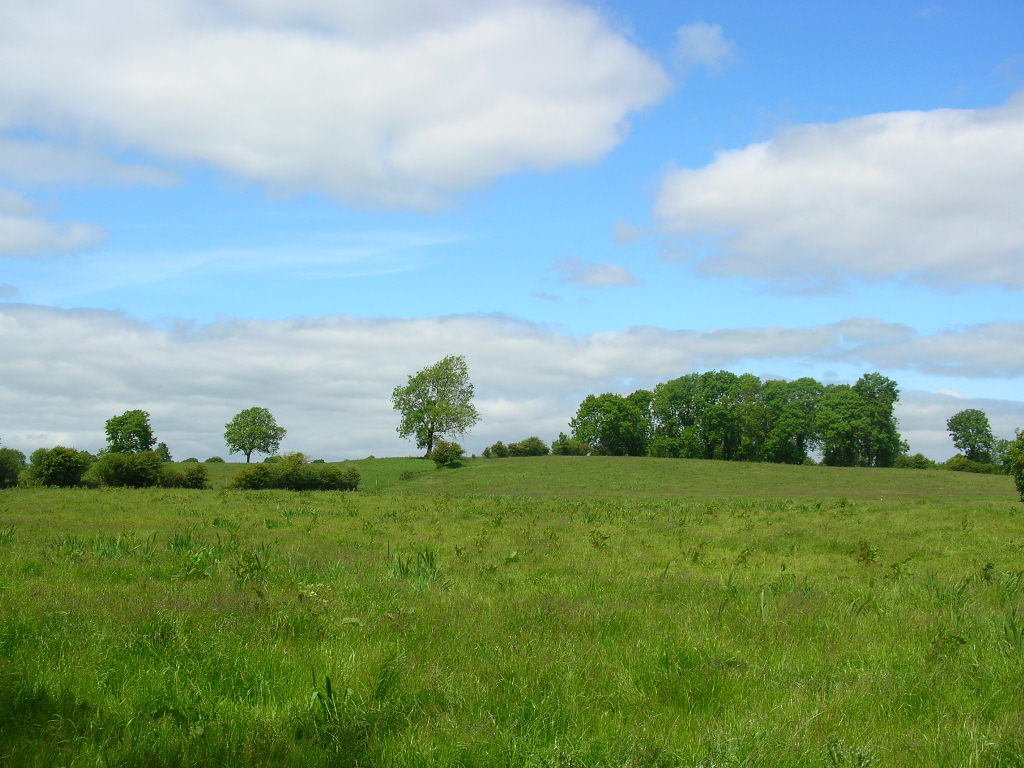 And there was a time when this was my back garden 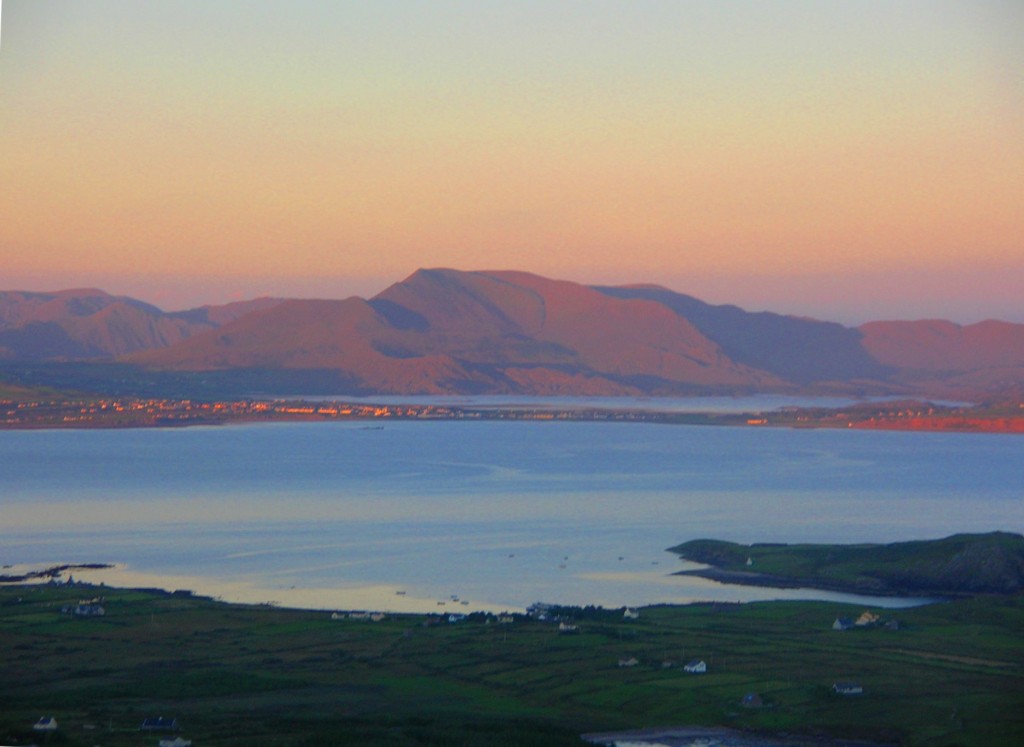 And now I live here 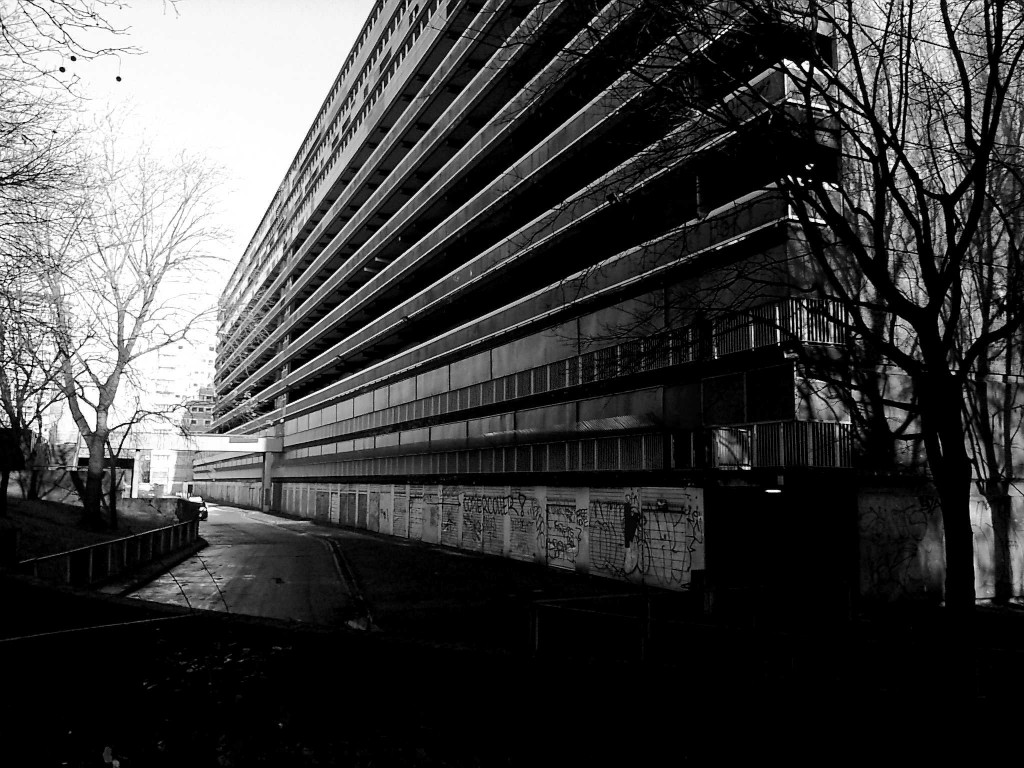