And from the nice people at decode magazine…..“an album that enraptures and enamours in equal measure” 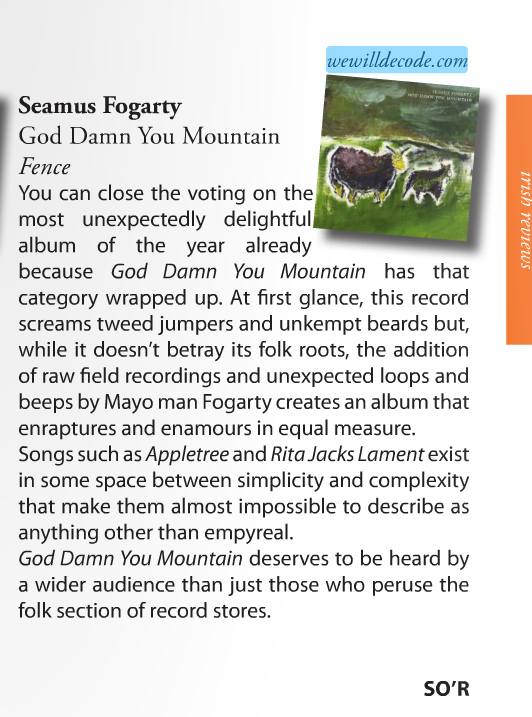 An interview with Nicole Meighan for The Quietus Magazine, read it here

An interview with FInbarr Birmingham for The Skinny Magazine, read it here

An interview with James Yorkston for Fence Records, read it here

At the beginning of this year I was picked out by the Irish Times as one of the 10 acts to watch for 2012.  You can read what Jim Carroll wrote below…

“Now signed up with the Fence Collective in Scotland, who will release his debut album God Damn You Mountain in spring 2012, singer-songwriter Seamus Fogarty is a no-nonsense operator with a fine handle on strong, melodic, powerful folk, country and blues.

The Mayoman’s hook-up with the Fence crew came about through support slots with James Yorkston and appearances at the collective’s Home Game festivals, but chances are you’ve also come across the well-travelled Fogarty at a venue near you over the years. One to watch with interest in the coming months. “

“I can’t quite describe his music … it’s an ethereal collage of banjo, acoustic guitar, violin, shakers all thrown into a washing machine and cut up with samples and weird noises.  But much better than that description”