Alas, October is all but over and I’m a few hours away from my first London show in many months…here’s the poster I made for it.  Thanks to Queenie for being a sport. 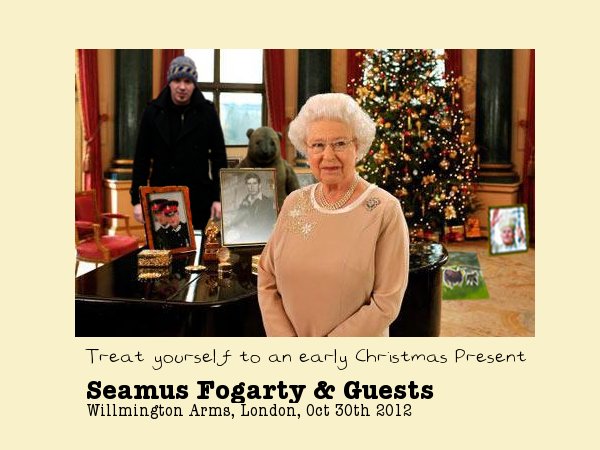 October began with shows in Ireland where we were also lucky enough to bluff our way onto the national airwaves.  I had the pleasure of joining Dave Fanning in Studio for an hour or so on  2FM on the 26th September, and it really was a pleasure.  The same day we recorded a song for the John Kelly chaired RTE 1 arts show, The Works, which was broadcast the following evening.  That was also a pleasure, no doubt helped by the fact I was joined by my brother John on accordion and Graham Watson on Banjo…here’s us